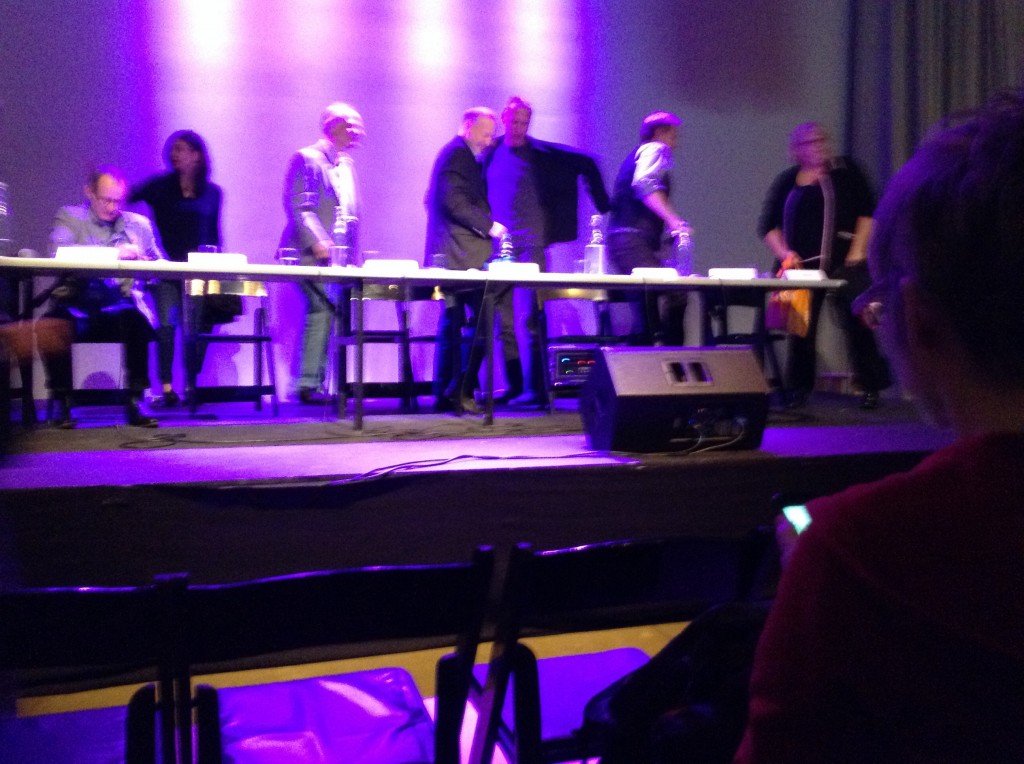 The Chicago International Movies & Music Festival’s recently concluded sixth edition seemed to push the still-young festival up toward a new level, as its connection to South by Southwest, both actual (SXSW co-founder Louis Black sits on its board) and spiritual is well-timed in a city increasingly fancying itself as a Midwest answer to Austin’s big event, with a plan for a multi-genre summit forming for next spring.

Though the screenings and concerts remain the center event, the CIMMcon panels are an increasing focus, and the most likely to give the festival the gravitas it needs to break out as a national force. On a sunny Saturday afternoon, May 3, a heavy-duty panel of film industry professionals, including producer Steven A. Jones of Owen Films and Rich Moskal, director of the Chicago Film Office, discussed “Chicago Film Business: Beg, Borrow, or Build” in front of a nearly sold-out audience at the Chop House.

Here are some of the highlights, lowlights and suggestions offered up.

William Schopf, the president of Music Box Films, was an especially popular guy, with panelists seeking his broader business perspective, and filmmakers in the audience eager to connect with Chicago’s only viable film distributor—the only full-service distributor between the coasts, he says—responsible for putting out twenty-five to thirty-five films a year (mostly US releases of foreign films). Schopf said that “Chicago is missing a significant opportunity to build a film business.” He decried the fact that the top film market in North America is not even in the US, and suggested moving the Chicago International Film Festival away from its crowded October slot and into July, combining it with a market, and challenging Toronto’s dominance.

Betsy Steinberg, managing director of the Illinois Film Office, who’s having a good run lately, with the Chicago Fire/PD and “Divergent” filmings, among others, says the key to building a sustainable film business in our state is local investors, and “that is a code I have not cracked.” Less ambiguous, however, were her highlights of the Illinois tax credit and its advantages over other states, which include docs being eligible, indies requiring only a $100,000 budget to qualify (much lower than most states), very fast turnaround time (average forty-five days) and a robust resale market for those who do not make enough profit to use the credit themselves, which means filmmakers get back 90 to 92 cents on the dollar.

Film financier Kat White, whose KatLei Productions works closely with Kartemquin Films on projects like the upcoming Roger Ebert doc, “Life Itself,” generated the afternoon’s most unsavory sound bite, with her comparison of cinema investing to defecation and its aftermath. But her experience in getting pictures made added useful perspective to a panel that seemed unanimous in identifying a shortage of investment capital as the most significant barrier to more local film production (as opposed to the boom and busts that Hollywood’s occasional infatuation with filming here tends to provoke). An interesting suggestion she put forth was to structure financings so that “soft money” (i.e. tax credits) are first out for private equity, in order to offset the risk. She also suggested targeting folks who invest in horse racing and real estate—horses are more risky than film, she said.

Bruce Sheridan, chair of Film & Video at Columbia College, moderated the panel and offered an interesting take on filmmaking in Chicago, as someone who came here from New Zealand, where he saw a film culture explode around the success of Peter Jackson. He discovered a mentality that expected failure here, though he’s become rather optimistic about the foundation of future success being developed around the schools—Columbia’s 2,000 students make it the largest film school in the US—like his own, as well as DePaul and Northwestern. He noted that a Columbia student just got a Student Academy Award nomination, and cited the SXSW favorite, “Animals,” which came out of Chicago, as an example of a project that evolved from a team that formed in school.

A lively Q&A soon morphed into an upbeat networking party. Even Louis Black’s absence due to illness from a special award being offered in his honor could not dim the pervasive sense of possibility.