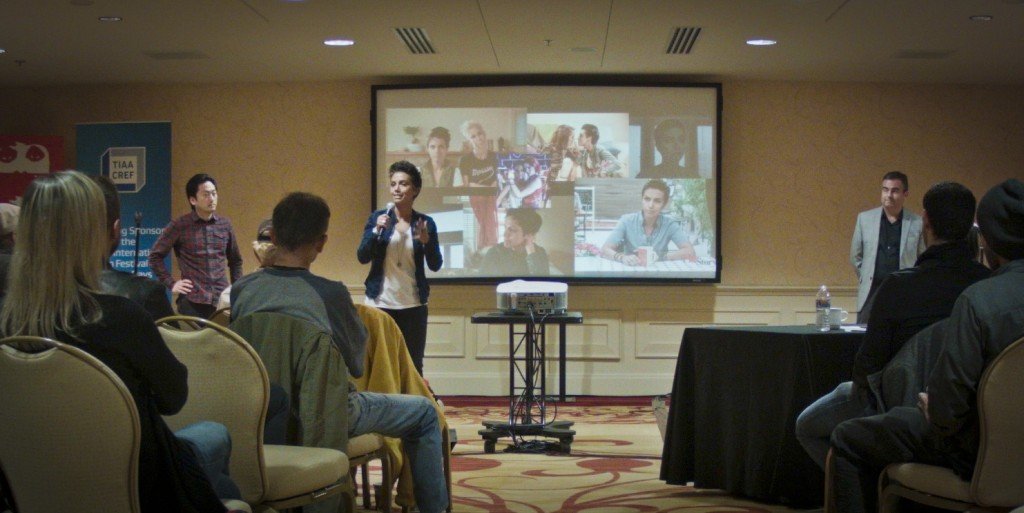 On October 25th, Fawzia, Brian, and I pitched “Signature Move” at Industry Days, a new event organized by IFP/Chicago and Chicago International Film Festival. “The Pitch,” as they billed it, was a chance for six local filmmaking teams to vie for a handsome package of in-kind services from various Chicago-based film companies. Sort of an “American Idol” or “The Voice” for film projects.

“Signature Move” was lucky to be chosen as one of the six contestants. Ultimately, the $20,000 prize and bragging rights went to Cornbred Films and their project “Oriole Park.” We were excited to walk away with an honorable mention, though, as well as a lot of great feedback from the jurors and the team of industry professionals who helped us prepare the weekend before. Of course, we would have loved to have won the big prize (we did receive a generous in-kind award of free office space from IFP/Chicago), but the lessons learned were in many ways more valuable. END_OF_DOCUMENT_TOKEN_TO_BE_REPLACED

Fawzia and I met for the first time in the fall of 2014. I wanted to acquire her film “Queen of My Dreams” for a collection of short films I was curating called “Chicagoland Shorts.” The idea behind the collection was to license and distribute the best of the local niche cinemas in order to celebrate the work being done by Chicago-based women, minority and LGBTQ filmmakers. I believe their stories are authentic and essential Chicago stories, and they ought to be recognized as such.

Once Fawzia heard what I was up to, she cut off my sales pitch and said bluntly, “Take my movie. It’s yours.” I was astounded, because Fawzia certainly didn’t need me or my nascent production company (fullspectrumfeatures.com) to boost her rising star. But I was also emboldened by her enthusiasm for “Chicagoland Shorts”—maybe what I was doing wasn’t entirely crazy after all.

Then Fawzia upped the ante. She said, “I’ve been looking for someone to produce this screenplay I wrote—it’s called “Signature Move.” I just haven’t found the right person. But I’m pretty sure you’re my long-lost Asian stepbrother. Do you wanna produce it?” END_OF_DOCUMENT_TOKEN_TO_BE_REPLACED