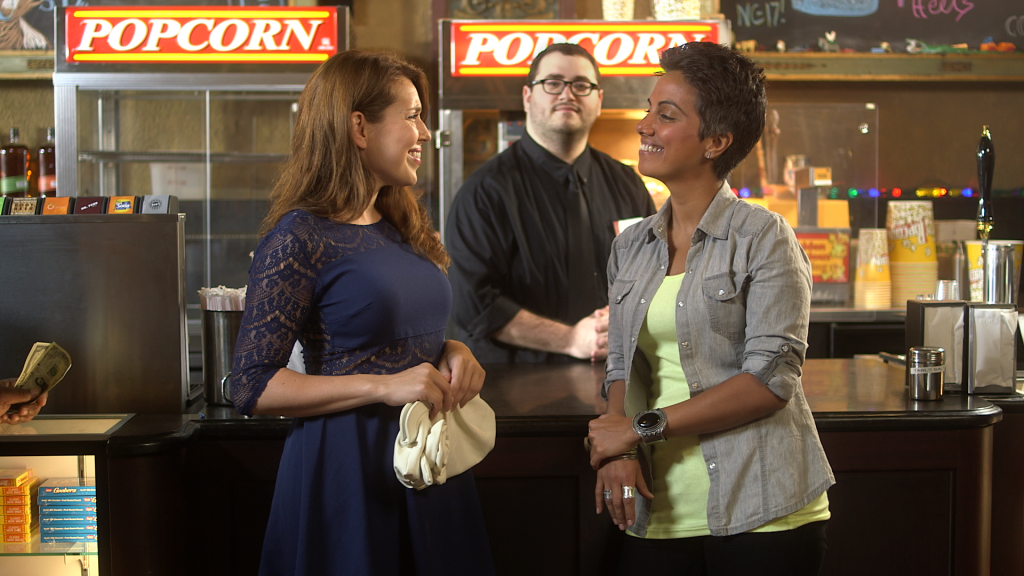 We’ll write more about this later, but we wanted to share the news that our team, in conjunction with director Wendy Roderweiss (contrarianfilms.com), produced a promotional trailer for the Chicago International Film Festival. While it’s crafted around the festival’s tagline “Because Everybody Loves Movies,” we wrote an original script and, with the help of twenty-five Chicago film professionals, shot what is basically a one-minute film starring our own Fawzia Mirza in the role of Zaynab, the character she’ll play in “Signature Move.”

While we do not have an official schedule of its screenings, we’ve been told, “There’s a very good chance it will play before the following films: Girls Lost, From A to B, and Carmin Tropical.” So check one  of these out (schedule details here at the CIFF site) and let us know what you think. And for the cost of seeing our trailer, you’ll get to see a great movie after it, too!

And we’ll tell the story of the making of the trailer, and share the whole thing, in the near future.

Previous Post:
In the Ring: Newcity is ready to make its “Signature Move”
Next Post:
So how does a Korean-American guy from New Jersey end up producing a wrestling movie about a queer Muslim Pakistani-American woman who falls in love with a Mexican-American woman? Introducing Producer Eugene Sun Park.