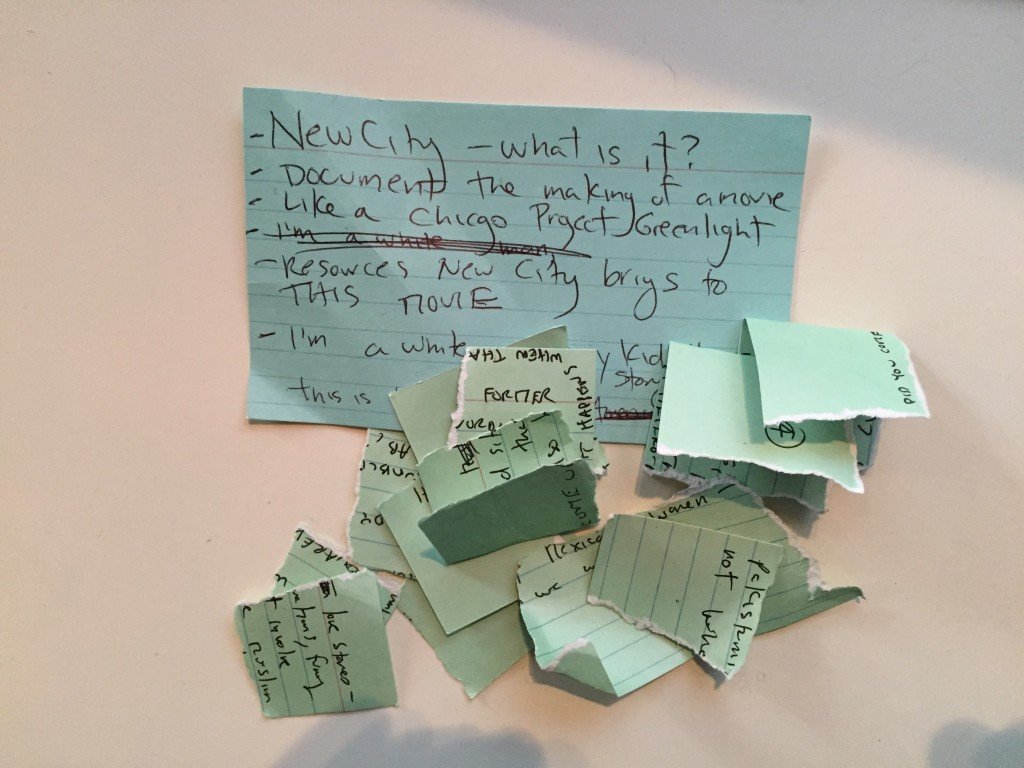 This coming Sunday, “Signature Move” will pitch to an audience of film distributors, investors and industry peers alongside five other outstanding film projects in various stages of development at the first-ever “Industry Days Pitch Session. Besides ours, audience members will see the latest undertaking of veteran Chicago team John McNaughton and Steve Jones (“Henry: Portrait of A Serial Killer,” “Wild Things,” “Mad Dog and Glory”), from Jennifer Reeder, who made both Newcity’s Film 50 and Art 50 lists last year before playing the Sundance festival with her short film; from Collin Schiffli (director of the acclaimed debut “Animals”) and his brother Brandon Schiffli, the Chaz Ebert-executive produced Emmet Till biopic and a John Wayne Gacy-inflected period piece from the husband-and-wife team at Cornbred Films. Whether we win or lose the competition (we’re playing to win, of course), this event offers a unique showcase of some of the very best independent film projects in development in Chicago right now.

And, of course, we”ll be documenting the whole thing as we go.

Previous Post:
So how does a Korean-American guy from New Jersey end up producing a wrestling movie about a queer Muslim Pakistani-American woman who falls in love with a Mexican-American woman? Introducing Producer Eugene Sun Park.
Next Post:
Jennifer Reeder to Direct "Signature Move"