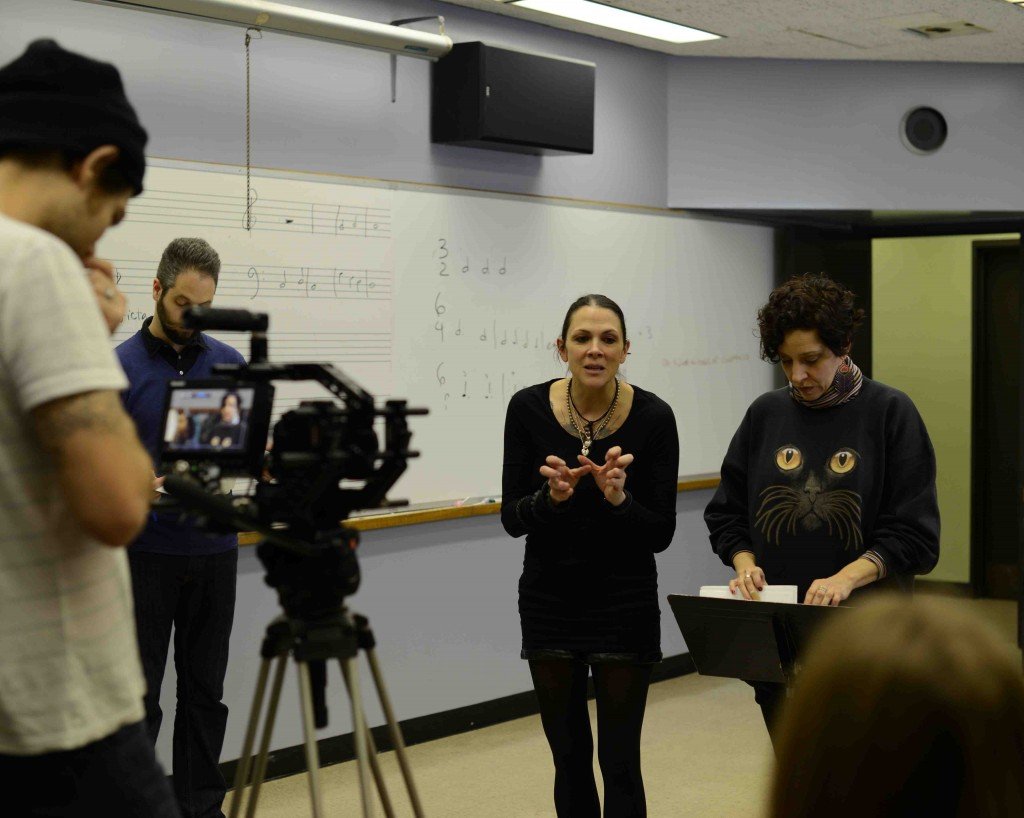 Jennifer Reeder, center, directs Jennifer Estlin on the set of “A Million Miles Away”

We’re enthusiastic to announce that Jennifer Reeder has joined us as director. One of Chicago’s leading filmmakers (included on Newcity’s Film 50 AND Art 50 lists), Jennifer’s singular style and voice has us all thrilled with the chemistry she’ll add to the project. We’ll have more to say about the process and search for a director later, but wanted to get the exciting news out first.

Here’s a short bio, for those of you unfamiliar with her work.

Jennifer Reeder constructs personal films about relationships, trauma and coping. Her award-winning narratives are innovative and borrow from a range of forms including after school specials, amateur music videos and magical realism. These films have shown consistently around the world, including the Sundance Film Festival, The Berlin Film Festival, The London Film Festival, The Venice Biennale and The Whitney Biennial.

You can watch her short film “A Million Miles Away” on the web site Short of the Week, which describes it as “John Hughes on a prom date with David Lynch.”